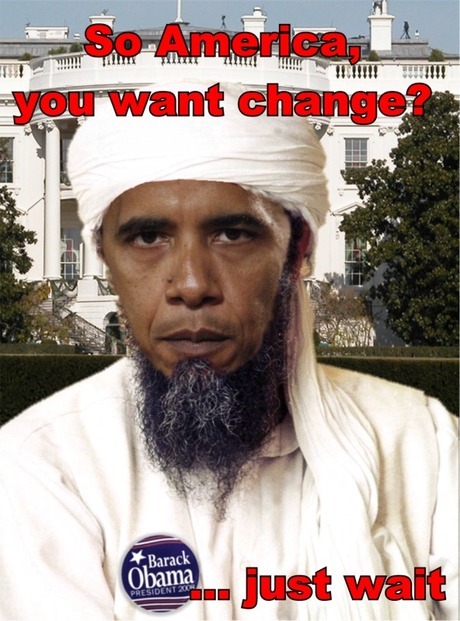 The most serious concern in the forthcoming US presidential election is that American voters are extremely upset with recent economic crisis. Once the public become cool headed, Obama’s incompetence and inaptitude for president will be apparent. Though Senator Obama criticizes Bush economic policy, he is no expert on the economy. His personal ties with William Ayers and Reverend Jeremiah Wright are serious defect as the Commander in Chief. This is beyond moral issue. America is at war against terrorists.
more……

Barack Obama is popular because of the way he looks, the way he talks, and the way he presents himself – but remember that’s his field of expertise. His primary accomplishments include looking good, lying with a straight face, and associating himself with powerful radical activists. When you think about it, he is exactly who un-American liberals want living in the White House.

LOS ANGELES (Hollywood Reporter) – In a room full of television industry executives, no one seemed inclined to defend MSNBC on Monday for what some were calling its lopsidedly liberal coverage of the presidential election.

She added that she would prefer a lunch date with right-leaning Fox News star Sean Hannity over left-leaning MSNBC star Keith Olbermann.

Olbermann was criticized by many who attended Monday’s luncheon sponsored by the Caucus for Producers, Writers & Directors at the Beverly Hills Hotel. The event was dubbed “Hollywood, America and Election ’08.”

Bloodworth-Thomason and others seemed especially critical of the way MSNBC — and other media — has attacked Republican vice presidential candidate Sarah Palin while demeaning her supporters.

“We should stop the demonizing,” she said, adding that Democrats have been worse than Republicans as far as personal attacks on candidates are concerned. “It diminishes us,” she said of her fellow Democrats.

Undercover agent Larry Grathwohl discusses the Weather Underground’s post-revolution governing plans for the United States. From the 1982 documentary “No Place to Hide” (available in its entirety as a playlist on  — youtube.com/wptg. Video courtesy of user: Seahorse1776)

“Kill all the rich people. Break up their cars and apartments.

“Kill all the rich people. Break up their cars and apartments. Bring
the revolution home. Kill your parents, that’s where it’s really at.”
–Bill Ayers, Weather Underground, 1970